Whatever Happened to Alannah Myles?

Last week in the Sunday Jukebox, I talked about what happened to Canadian rocker Corey Hart.  This time around, I'm still going to be talking about a Canadian artist, but a female one.

In today's case, most people who live outside of Canada may believe her to be a one-hit wonder.  As a matter of fact, I remember watching VH1's countdown of the 100 Greatest One-Hit Wonders of the 1980s and her biggest hit landed on the list at #79.

To which I call shenanigans!

First of all...if you're going to put her song on a list, make it chart a little bit higher than #79!  At the very least, it should have at least made the Top 50!  And secondly, this artist was NOT A ONE-HIT WONDER!!!

Well, at least not in Canada, anyway.

She released her debut album here in early 1989, and four of those singles became Top 40 hits - with one even reaching the top spot on the adult contemporary charts - and it's not even the song that was featured on the VH1 special!

But, I suppose that you probably want to know what I am talking about, what this song is, and who sang it.

That was the song that gave Alannah Myles instant success all over the world, and that song was her one and only #1 hit in the United States.  The song won a Grammy Award in 1990 for Best Female Vocal Rock Performance.  And she became the only Canadian artist to have their debut album reach Diamond status in the country, largely because of the success of "Black Velvet".  It seems surprising to find out that "Black Velvet" only peaked at #10 on the Canadian RPM Charts! 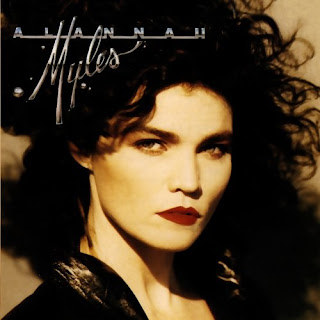 But what a song it was!  The song itself pays homage to singer Elvis Presley, who died twelve years before this song was released.  It was a collaboration by rock music producer/songwriter David Tyson and Christopher Ward, a former Muchmusic VJ, and Myles' boyfriend at the time who had been inspired after observing the 10th anniversary vigil for Presley in Tennessee in 1987.  With its bluesy sound, simple music video, and Alannah's powerful vocals, it's no wonder that "Black Velvet" became instantly powerful.

But it was also a song that was recorded by another artist within months of Alannah recording the single herself!  Although "Black Velvet" had gotten Alannah signed to a three album record deal, it was also offered to a country singer named Robin Lee, who recorded a country version that was released in February 1990 - not long after Alannah's version debuted in the United States!

Though, Robin's version only peaked at #12 on the American Country Charts.

Now, while "Black Velvet" became Alannah's only hit in America, up here in Canada, she was just getting started.  Other hits from her self-titled disc included "Love Is", a powerful rock single with a tinge of Southern rock swing.  "Still Got This Thing" was a lesser known hit here in Canada, but still had enough power to get everyone rocking on the dance floor.

And "Lover of Mine" was a single that reached #1 on the Adult Contemporary charts and #2 on the Canadian pop charts, making this single more successful than "Black Velvet"!  And if you thought that she had only recorded the one album, you would be sorely mistaken. 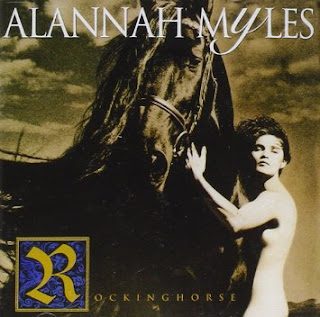 In 1992, Alannah's second album, "Rockinghorse" was released.  And yes, I'm fairly certain that Alannah Myles is pretending to be Lady Godiva on the album cover, which I'm sure sparked a little bit of controversy.  But, I'm only guessing, as I was only 11 at the time and I listened to mostly R&B and New Jack Swing music.

But even though "Rockinghorse" didn't achieve the same success as her debut album had in Canada (where it sold less copies), and in the United States (where it was all but ignored), the album did generate a #1 single for Myles which could easily be described as breathtaking, honest, and spine-tingling...but in a good way, not the "I just watched a Saw marathon" way.

"Song Instead of a Kiss" is easily my favourite Alannah Myles song, and even Myles has admitted that it is one of the best songs that she has ever recorded.  The string orchestra paired with the lyrics that Alannah sings is pure perfection, and it seemed as though while her career stalled in the United States that she would be poised to continue her success in Canada.

But after releasing her third album, "A-lan-nah" in 1995, she seemingly disappeared off the radio charts, and her star quickly faded into near obscurity.

So, whatever happened to Alannah Myles? 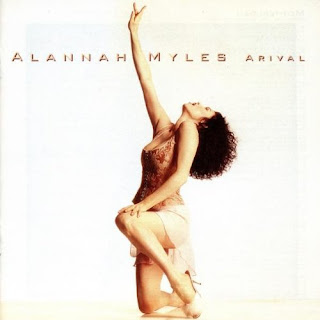 Well, she still records music to this day, though most of it was done independently.  She left Atlantic Records following the release of "A-lan-nah", and in 1997 signed up with Ark 21 Records to release the album "A Rival".  A pair of greatest hits records came out in 1999 and 2001 respectively, after which she departed Ark 21.

Over the next ten years, she toured across Canada and Europe at small shows, and more or less kept out of the public spotlight.  Though she didn't stop recording music.  In 2004, she recorded a duet with Saga frontman Michael Sadler - a cover version of "Don't Give Up", originally recorded by Peter Gabriel and Kate Bush in 1986.  And a year later, she recorded another cover.  This time, she recorded the Tina Turner classic "I Can't Stand The Rain" for a Tina Turner tribute album.  And if you listen to the guitar playing in the background of that song, you can hear the contribution of another Canadian artist, Jeff Healey. 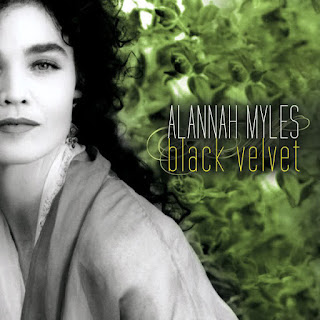 In 2008 - seven years after recording her last greatest hits album, and eleven years after her last studio album, Alannah Myles released the album "Black Velvet", which included a re-recorded version of the song that first put her in the music spotlight.

One of the songs on the album, "Trouble" earned Myles an honourable mention award in the blues category of the 2009 International Songwriting Contest.  She would later go on to win the 15th Annual USA Songwriting Competition for Best Rock/Alternative Song for the single "Give Me Love", a collaboration she wrote with Nancy Simmonds.

So, there you have it.  Alannah Myles is still making music, albeit for a much smaller audience these days.  And I don't think she'd do anything differently.

Oh, and one final footnote that I think is kind of interesting.  Before Alannah Myles made it big as a singer, she also dabbled in a little bit of acting.  And one of her first roles was in the show "The Kids of Degrassi Street"!  Watch her appear in Part 1, Part 2, and PART 3 if you're interested!
Posted by Matthew W. Turcotte at 11:40