Father's Day In The Living Years 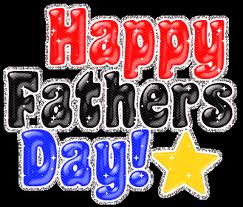 I’m going to take the opportunity to wish all fathers everywhere a happy Father’s Day today.  It’s your day today, and I hope that all of you are doing something that you all love to do.


I’m turning this blog entry aqua today in celebration of the day.  Normally, I would have chosen blue, but since that happens to be related to one of the clues for the contest that is currently going on, I decided to go with another colour that appeared masculine.


(Of course, this is coming from a man whose favourite colour is purple...)


But seriously, let’s go back to Father’s Day here.


The first official observance of Father’s Day was held in 1910 by Sonora Smart Dodd, the daughter of Civil War veteran William Jackson Smart.  Smart was a single father, who raised six children in Spokane, Washington.  The idea for Father’s Day was inspired by a sermon that she attended where the topic of discussion was Anna Jarvis, who helped create the holiday of Mother’s Day.  Dodd wondered why there wasn’t a similar holiday to celebrate fathers.  Initially, Dodd had wanted Father’s Day to be a fixed holiday...June 5th, which was her father’s birthday.  But when the pastors had difficulty preparing their sermons due to lack of time, the date was then changed to the third Sunday in June for that particular year.  Remember that detail for later.


It took some time for Father’s Day to officially be recognized as a holiday.  President Woodrow Wilson tried to make Father’s Day an official holiday in 1916, but Congress initially rejected the suggestion, believing that the holiday would become too commercialized (wow, did they have a crystal ball back then, or what?).


The idea was resurrected eight years later in 1924, when President Calvin Coolidge recommended that the day be observed nationwide, but stopped short of making it a national proclamation.  Twice more, the bill to make Father’s Day an official holiday was denied by Congress.  But then in 1957, U.S. Senator Margaret Chase Smith wrote a proposal that more or less blamed Congress for ignoring fathers for over four decades while mothers were honoured, which she felt was an unfair singling out of one of the two parents.  In 1966, President Lyndon B. Johnson issued the very first presidential proclamation honouring fathers everywhere, and declaring the third Sunday in June as Father’s Day.  A few years later, Richard Nixon signed the bill into law, and Father’s Day was made into a permanent holiday beginning on June 18, 1972. 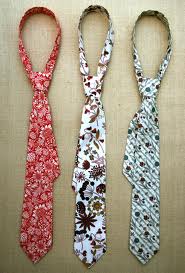 And since June 18, 1972, I imagine fathers all over the world have gotten millions of ties, belts, and pairs of underwear from their sons and daughters.  J


And that’s the history of Father’s Day.  Very interesting, isn’t it?


My own father is still alive and kicking as of now, and he’ll be turning 66 later next month, making him almost 35 when I was born.  I can’t imagine that he and my mother having their final child (and only son) at the age of 35 must have been easy for him, especially given that he had two daughters years before I was born.  And I certainly did not make things very easy on him, as him and I are nothing alike.  I hate to paraphrase an old Donny and Marie Osmond song here, but he was a little bit country, and I was a little bit rock and roll.  And, I imagine that when I was younger, he and I used to have terrible, terrible fights growing up.  But the one thing that I can honestly say is that despite all of our fights, disagreements, and shouting matches, he has always been there for me, and I imagine that he will continue to be there as long as he is able to.


But what about all of those people who are absolutely indifferent to Father’s Day, or see Father’s Day as a painful reminder of what they have lost?  I imagine that a day like today must be quite difficult for them, especially if their father has passed away.  My deepest condolences go out to anybody who has lost a father.


In this edition of the Sunday Jukebox, I thought that I would post a song that is related to everything that I have said about fathers in this post so far.  In my case, it deals with fights and conflicts that I have had with my father over the years.  But in other instances, it provides a bit of a melancholic feel because the song is about a man who has recently lost his father who never got a chance to tell him how he felt.  As a result, the man has lost the chance to ever get some sort of closure with his father.


Let’s hear the song first, and then we’ll talk a bit about the band who performed the song, the song itself, and why it had a lot of personal meaning for most of the band. 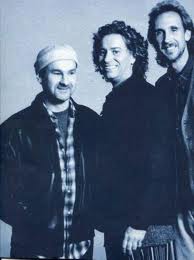 Ah, yes.  Mike + The Mechanics, a side project that was launched by Genesis band member Mike Rutherford.  Together with Paul Carrack and Paul Young (no, not the ‘Everytime You Go Away’ Paul Young), Rutherford formed Mike + The Mechanics in the mid-1980s.  Their first album was released in 1985, of which several singles performed very well on radio including “Silent Running” and “All I Need Is A Miracle”.  At first, Rutherford had only intended on making Mike + The Mechanics a one-off project away from Genesis, but after the surprise success of their debut album, the band managed to stay together, even though other projects were calling.  Rutherford had returned to Genesis to help launch their 1986 album “Invisible Touch” while Carrack had released a third solo album in 1987. But the band regrouped in 1988 to put together their sophomore album, “Living Years”.


Of all the songs that made it onto the album’s final cut, it was the title track that ended up being the most successful.  Here’s a few statistics for you.  The song reached the top of the Billboard Charts on March 25, 1989, but it stayed a total of four weeks on the Adult Contemporary Charts in early 1989.  The song also topped the charts in Australia, Canada, and Ireland.  In 1990, the song was nominated for Song of the Year at the Grammy Awards, but lost to Bette Midler’s “Wind Beneath My Wings”.  However, it did win the Ivor Novello Award in London for Best Song Musically & Lyrically.


Even legendary singer and songwriter Burt Bacharach described the song as having some of the finest lyrics in a decade when he was interviewed in 1996.  How’s that for kudos?


Certainly the song is haunting, and if you watch the video and listen to the lyrics, you know what the song is about.  It’s about a man who has recently lost his father and is realizing that he will never get the chance to repair the frayed relationship between them.  He laments the loss of communication between him and his father, just as he has become a father himself.  It certainly makes the listener stop and think.  It’s probably one of my favourite songs of the 1980s...maybe even all time.


Now, what if I told you that the idea behind the song was based on a couple of true stories? 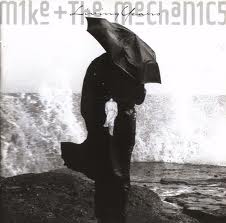 In order to explain this, we have to go back a year before the “Living Years” album was released.  In September 1987, Mike Rutherford had just finished his touring obligations for Genesis’ “Invisible Touch” album, and he was beginning to work on lyrics for the next Mike + The Mechanics album.  Mike tried his hardest to concentrate on the album, but it was right around this time that he struggled with major writer’s block, and couldn’t figure out how to overcome it.


Although given what was going on inside Mike Rutherford’s personal life at the time, it’s easy to see why.  Mike’s father had passed away while he was on tour with Genesis, and just three months later, his son was born (hmmm...sounds a lot like the lyrics to a certain song, doesn’t it?).  On top of this, Mike’s wife was pregnant with the couple’s third child, and the pregnancy was especially difficult.  It was so difficult that there was a possibility that the child could have died, but thankfully the baby was born healthy.  With his third child safely delivered, a huge weight was lifted off of Rutherford’s shoulders, and soon after this, his creative force took over.  He churned out lyric after lyric, and by the end of January 1988, he felt that he had written enough to begin composing the new Mike + The Mechanics album.  Initially, producer and co-writer Christopher Neil had wanted to move up production of the album to April, but Rutherford insisted that he still had some inspiration left inside of him, and between May and July 1988, Rutherford ended up appearing on the album’s final cut, which was first released that October.


“The Living Years” was the second single released from the album, and it was co-written by Rutherford and long-time Mike + The Mechanics collaborator B.A. Robertson.  The song was a personal project for both Rutherford and Robertson, as both men had ended up losing their own fathers just before the album was released.  However, Robertson had always intended for the song to be about Rutherford’s own strained relationship with his father.


Here’s one final note about the song.  Paul Carrack and Paul Young often shared lead vocal duties in the band, depending on what style the song was written.  The song “The Living Years” was always meant to be a slow song, which Paul Carrack usually performed.  This time around, the song had a very deep meaning for Carrack, as he himself had lost his father at the age of eleven.


The end result was a haunting, yet passionate performance by Mike + The Mechanics, leading to one of their biggest hits of their whole career. 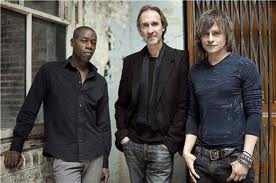 These days, Mike + The Mechanics are still going on, though Mike Rutherford is the only original band member remaining.  Paul Carrack stayed with the band for a number of years before the band temporarily went on hiatus in 2004.  But when Carrack decided to put his time and energy into more solo projects, he was unable to come back to the band.  Sadly, Paul Young passed away on July 15, 2000.


“The Living Years” is a song that is quite bittersweet in nature, and I think the song gives off a fantastic message.  Every day, men and women fall out with their parents, and some don’t end up speaking to them for years.  By the time they work up the nerve to smooth things over, it’s too little too late.  After all, one of the lyrics states “it’s too late when we die.”


Now, I realize that in some cases, it’s an impossibility for people to want anything to do with their fathers...some relationships are just too dysfunctional to even repair.  But, if there is a chance for you to make things right with an estranged father, why not make today that day to attempt to patch things up?  Regardless of how it ends, you might get some comfort in knowing that you tried. 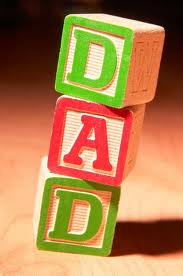 Just a thought to ponder this Father’s Day.
Posted by Matthew W. Turcotte at 05:58