The Woman Behind Lamb Chop's Play Along

I have always said that my blog topics can come from a variety of sources. The vast majority of them cover television shows, movies, and music that I loved growing up. Some of them were requests from readers. And some were inspired by pictures and quotes that people have posted on social networking sites, believe it or not.

This is one of those blog entries that was inspired by one of these social networking sites.

On the day that I was stricken with inspiration, I was perusing one of these sites when I happened to come across a topic posted by a friend of mine who lives in Jolly Old England. Her name is Helen S. Anyways, on this particular day, Helen was talking about how she was doing some housecleaning, and she happened to come across a long forgotten treasure along the way. And, she posted a picture of it for everyone to see. 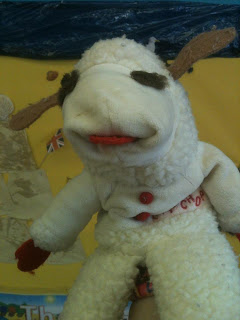 This is a picture of a puppet, affectionately named Lamb Chop. When she posted that picture, it prompted everyone on her friends list to discuss their memories of Lamb Chop. I even had a memory of my own. Well, okay, it was my sister's memory, but I was there. It was Christmas 1993, and one of the gifts that my sister received that year was the Lamb Chop doll. She also received Charlie Horse and Hush Puppy, Lamb Chop's closest friends in addition.

At this point, I should also mention that when Christmas 1993 came around, my sister was 21 years old. But, as many people pointed out underneath Helen's picture, age was not a factor in regards to how much one adored Lamb Chop. In fact, I have to admit, I have a soft spot in my heart for the little lamb myself.

So, for today's entry, I thought that I would talk about Lamb Chop, and the woman who helped make her a star. 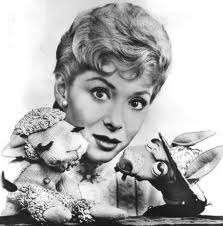 That woman, of course, was Shari Lewis. Of course, she wasn't exactly known as “Shari Lewis”. Her birth name was Sonia Phyllis Hurwitz. I don't exactly know how Sonia became Shari, but the Lewis came from a marriage that didn't last too long.

Anyway, Shari Lewis was born in January 1933 in The Bronx, New York. Her mother, Ann Ritz, and father, Abraham Hurwitz, had encouraged Shari to become an entertainer when she was just a teenager. By the time she was thirteen, she was already learning magic tricks from her father. After all, Shari's father was once named New York City's official magician by then mayor Fiorello LaGuardia during the Great Depression.

But Shari didn't just limit herself to performing magic. She studied acrobatics, learned how to juggle, played the piano and violin, and learned how to ice skate.

(You see kids, people DID have fun without iPads.)

Shari also ended up learning one other talent from a man named John W. Cooper. John was a skilled ventriloquist, and he ended up teaching a young Shari some of his finest techniques. Little did Shari know that these lessons would end up changing the course of her life forever.

However, Shari didn't quite pursue the career of a ventriloquist right away. She studied at the New York High School of Music and Art, and went on to dance at the American School of Ballet, all while acting in a neighbourhood playhouse. I tell you, Shari Lewis was one ball of fire in her youth!

In 1952, Shari Lewis would end up getting her first big break, when she won first prize on the CBS television series “Arthur Godfrey's Talent Scouts”. And, do you know what her winning talent was? Puppetry!

Soon after that appearance, she appeared on a variety of children's television programs, including hosting a program called “Facts 'N Fun” on July 5, 1953. Lewis was only 20 years old. Unfortunately, the program barely lasted three months on the air. However, shortly after that, she took over Ted Steele's role as host of WPIX's Kartoon Klub, a variety show featuring a live studio audience, her sidekicks Randy Rocket and Taffy Twinkle (who also appeared with her on Facts 'N Fun), and aired cartoons. The program was so successful with Lewis as host that the name changed twice. It became “Shari & Her Friends” in 1956, and later that year, the name changed again to “Shariland”. In between her hosting duties, she would appear on other children's shows including Captain Kangaroo. And in March 1956, Shari Lewis appeared on Captain Kangaroo with a new friend for everyone to meet. 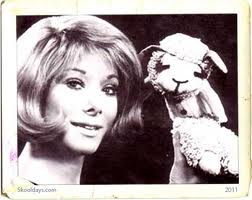 A year later, Shari was on a brand new program called “Hi, Mom”, which ran from 1957-1959. It was on this show that Lewis introduced three more characters in addition to Lamb Chop. There was Charlie Horse, the slow-witted and jokester of the group. Hush Puppy, a dog that spoke in a Southern Accent, and Wing Ding, a black crow. Along with Lamb Chop, Shari would often have all four characters interacting with her on the show, which the audience loved.

In 1960, Shari Lewis began production of another show, “The Shari Lewis Show”, which debuted on October 1, 1960. For the next three years, Shari, Lamb Chop, Charlie Horse, Hush Puppy, and Wing Ding would entertain millions of children each week. In fact, let's watch a clip of the Shari Lewis show below to see what it was like. Fair warning though, the show is in black and white.

Wasn't Shari just a natural? She was so professional in her craft. Almost made it look effortless.

And with the success of the show came merchandising deals. Puppets of Lamb Chop, Charlie Horse, and Hush Puppy flew off the shelves during the early 1960s.

However, Wing Ding was left out of the merchandising opportunities. It was speculated that Wing Ding was dropped entirely during the 1960s because it was feared that Wing Ding was not socially acceptable any more, as his characterization was widely considered by some people to be stereotypical of African-Americans. Whatever the case, I did find one photo of Wing Ding, just so you can see what he looked like below. 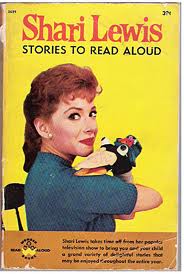 During the 1970s and 1980s, Lamb Chop and her friends kind of went on the backburner (although they did make sporadic appearances between 1975 and 1991), as Shari herself focused on acting commitments, conducting symphonies, and writing children's books.

TRIVIA: Shari's second husband was Jeremy Tarcher, who ended up writing a third season episode of Star Trek, entitled “The Lights of Zetar”.

However, in 1992, Lamb Chop and her friends would bring laughter and joy for a new generation of children all over the world with this show.

“Lamb Chop's Play Along”. A show that was dedicated to making young children have a lot of fun, and make them smile. And you know what, I'll admit it. I saw a few episodes of this when I was twelve, and I readily admit to being bemused by it. Make fun of me if you wish, but I can see why so many young children liked watching it. Just watch a clip of the program below to see what I mean.

The show was a perfect example to showcase each and every single one of Shari's talents. She sang and danced to the viewing audience each show. She used the magic tricks that she learned from her father to amaze the children who came to visit her at the studio. And of course, she had her friends Lamb Chop, Hush Puppy, and Charlie Horse...who ended each show the same exact way.

I bet you can't get that song out of your head now, can you?

The program itself did very well on PBS, and it stayed on the air for five years between 1992 and 1997. A second series called “The Charlie Horse Music Pizza” aired shortly after the filming of “Lamb Chop's Play Along”, and produced several home videos starring her famous puppets including “Lamb Chop's Special Chanukah”, which received the Parents' Choice award for 1996. Shari Lewis and Lamb Chop also made guest appearances on several television programs, including a memorable episode of Fran Drescher's show “The Nanny”, which aired in 1995. You can watch it by clicking HERE if you want.

And that's just the tip of the iceberg for the accomplishments that Shari Lewis achieved. In her lifetime, she won the following awards;

These are just a few. Do a little research and you'll see many more awards that she has won.

Perhaps one of Shari Lewis' finest hours could be traced back to the year 1993. That was the year that Lewis appeared in front of Congress to testify in favour of protections for children's television. But Lewis wasn't the only one to speak. Turns out that Lamb Chop herself had something she had to get off her chest. And when the little lamb was given permission to speak, her passionate speech definitely left a huge impression on the people in the room.

Not bad for a lamb puppet who claimed she was “only six”. 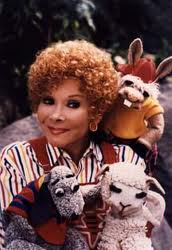 Of course, all things eventually do come to an end. In Shari Lewis' case, the end came in the summer of 1998. On August 2, 1998, Shari Lewis succumbed to viral pneumonia, a complication brought upon by a diagnosis of uterine cancer just two months prior. She was 65 years old. 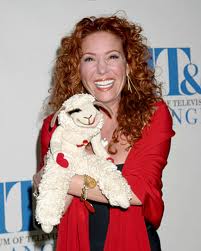 However, Lewis' death did not mean that Lamb Chop died with her. Her daughter, Mallory Tarcher (who now goes by the name Mallory Lewis in honour of her late mother) worked on both “Lamb Chop's Play Along” and “The Charlie Horse Music Pizza” shows as a writer. She basically grew up with Lamb Chop in her life. So it wasn't all that surprising when it was announced in 2000 that Mallory would take over as the puppeteer of Lamb Chop. Have a look below.

You know, I'm sure that if Shari Lewis could say it now, she would be proud that something she created all those years ago is still making children laugh and sing all these years later. I also believe that she would be happy that her daughter is continuing the Lamb Chop name.

And, I once again want to credit Helen S. for giving me the great idea for today's blog!